What is the asteroid belt? 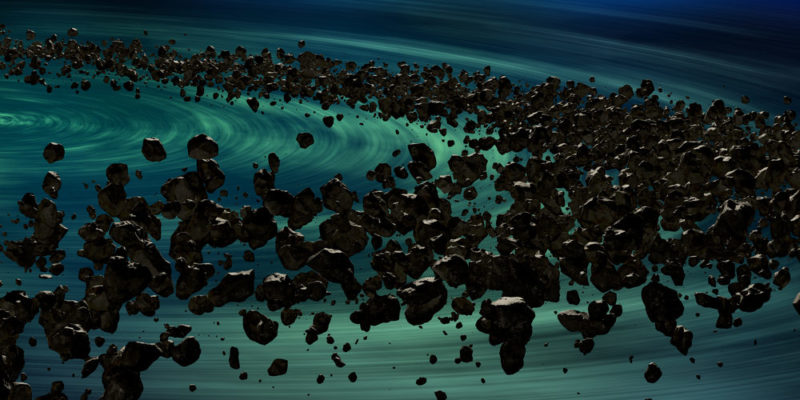 It is known as the Asteroid Belt or Main Belt a region of our Solar System located between the orbits of Jupiter and Mars, that is, separating the inner planets from the outer ones.

It is characterized by hosting a multitude of rocky astronomical objects, irregularly shaped and of different sizes, known as asteroids, and accompanied by the dwarf planet Ceres.

The name Main Belt is given to differentiate it from other groups of space objects in the Solar System, such as the Kuiper Belt, located behind the orbit of Neptune; or as the Oort Cloud, at the very edge of the Solar System, almost a light-year from the Sun.

The Asteroid Belt is made up of several million celestial bodies, classifiable into three types: carbonaceous (type-C), silicate (type-S), and metallic (type-M).

The largest objects present are five: Pallas, Vesta, Hygia, Juno, and the largest of all: Ceres, classified as a dwarf planet, with a diameter of 950 km.

Although the representations show them close, forming a compact cloud, the truth is that these asteroids are so far apart that it would be difficult to navigate that region of space and run into one. Instead, due to the usual orbital wobbles they exhibit, due to their eventual approaches to Jupiter’s orbit (and thus the effects of its gravity), many asteroids leave the array and are flung into outer space, or even against some of the inner planets.

Distance of the asteroid belt from the Sun 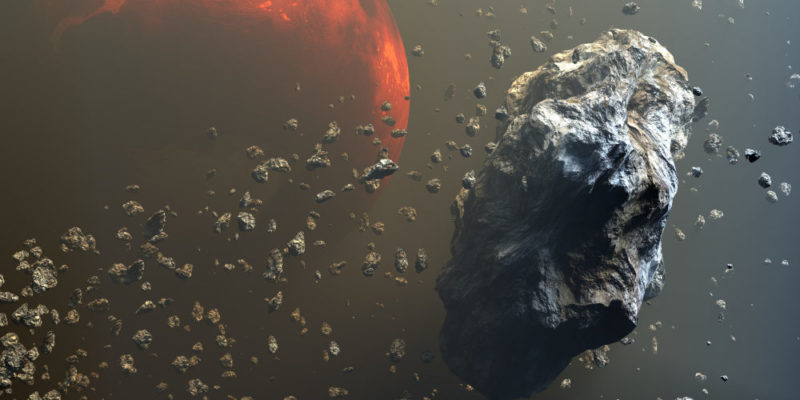 Origin of the asteroid belt

The most accepted theory regarding the origin of the Asteroid Belt supposes it to be part of the protosolar nebula from which the entire Solar System came.

In other words, it could well be the result of dispersed matter that failed to form a larger body, in part due to the interference of gravitational waves from Jupiter, the largest planet in the Solar System.

This would have smashed the rock fragments into each other or ejected them into space, surviving as little as 1% of the initial total mass.

Older hypotheses suggest that the Asteroid Belt would have been some planet formed from the primitive nebula, but that it had been destroyed by some orbital impact or by internal explosions. However, such a hypothesis seems unlikely given the low mass of the belt in contrast to the extremely high amounts of energy that would be required to blow up a planet in such a way.

Science is a Boon or Curse